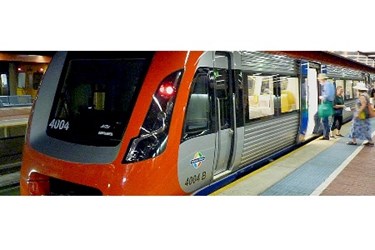 Adelaide’s senior citizens are making an average of 150,000 rides on public transport every week, with the provision of free public transport to seniors during off-peak times playing a major role in their independence and wellbeing.

That’s according to new research from the University of Adelaide, which has studied the impact of free public transport on older people.

The comprehensive study used a combination of data: travel information obtained from thousands of Seniors Cards used on public transport; a survey of more than 1300 people conducted by the Office for the Ageing; and travel diaries filled out by more than 60 older people.

“The results of our study are a resounding vote of support for the provision of free public transport to Seniors Card holders, and helps us to better understand what role this transport plays in their lives,” says study leader Dr Helen Feist, Acting Director of the Australian Population & Migration Research Centre at the University of Adelaide.

The study shows that among Adelaide’s seniors, 10% of drivers and 20% of non-drivers use public transport.

“Most activities of daily living – such as shopping and paying the bills – are conducted in the local neighbourhood and involve other forms of transport. However, public transport is often used for other life-enriching activities, such as volunteering, or civic and social engagements, going to the movies, visiting friends, or travelling to the city for a day out,” Dr Feist says.

“On average, we found that Seniors Card holders are making more than 150,000 rides on public transport in the Adelaide metropolitan area every week. This represents an extraordinary number of civic, social and community engagement opportunities for older people.

“It means that our public transport system is being well utilised during off-peak periods. It also means that tens of thousands of cars are off the roads each week,” Dr Feist says.

Dr Feist says improved mobility provides older people with a sense of independence and control. “It gives them autonomy, as well as feelings of active citizenship and belonging. These issues are critical to people’s wellbeing in later life. As Australia’s population ages, the ability to engage independently with the community through adequate and reliable transport is becoming more imperative,” she says.

This research has been funded by IRT Foundation. The study has been supported by South Australia’s Office for the Ageing and the Department of Planning, Transport and Infrastructure.

Source: The University of Adelaide